Regret and loss of faith are probably the worst experiences anyone can go through. I tend to sympathize more with people who are fixated on actions or decisions they can’t reverse and those who consciously lose faith in something that defined them at one point —be it religion, politics or even faith in a person they loved or respected. Both either create a bitter vacuum inside or a monster that chews away a person’s soul and mind, especially if mixed together. When I meet someone experiencing them both at the same time, I can’t help but feel sorry or try to help, regardless of how much I disagree with that person’s actions. 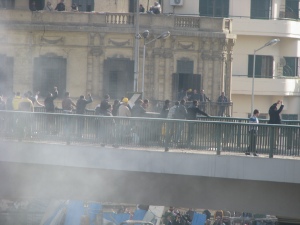 People standing on 6 Oct Bridge throw rocks at protesters in Tahrir Square on the morning of Feb. 3.

This month I met a man who was going through this. He was my taxi driver. (I too hate Cairo cabby anecdotes but bear with me; it just happens that the man in this story is a taxi driver, and I assure you it’s not another lazy attempt to poll Egyptians à la foreign journalists by interviewing the man driving me to work).

It was early April and we started the conversation with his worries about the “gains of the revolution.” He thought the revolution that toppled Mubarak was being robbed. The regime was still there, alive and kicking, and the military was vague in its actions and commitment to reform, he told me. His worries gave me the impression that he wasn’t only supportive of the demonstrations but almost militant in his views.

The conversation of course took us to economy and consequently tourism. “The problem isn’t just about security,” I told him. The lies propagated by state media during the 18 days of protests, which vilified demonstrators, described them as foreign agents and spread fears of spies planted amongst Egyptians, had a much worse impact. The word ‘foreign’ had become synonymous with ‘spy’. And since those who propagated the lies and state TV hadn’t yet apologized for them or denounced their earlier statements as pure fiction, we were still in the dilemma. As much as people had wanted to take a picture beside one of the army tanks filling the streets, many still dream of catching their own spy, or basically any foreigner (or foreign-looking Egyptian) they deem suspicious.

“Don’t remind me,” he eventually interrupted me after remaining strangely quite during my long explanation. There was a hint of shame in his voice that I only recognized later.

“We were misled by the media,” he said. “We weren’t working, we couldn’t know what was happening for sure,” he added, referring to the early days of the protests, particularly from Jan. 25 to Feb. 1.

“When Mubarak gave his speech [on Feb. 1], I saw a broken man. I was touched. I cried,” he continued. In that speech Mubarak said he would step down in September and won’t seek reelection. “We wanted stability, and the media was saying that those in Tahrir were foreign agents that wanted to destroy the country,” the driver added.

Thus, he decided to go down on Feb. 2 and participated in the attack on Tahrir protesters, in what was later dubbed ‘The Battle of the Camel.’

He was standing on Sixth October Bridge throwing rocks at protesters below, when a taxi stopped and a woman got out before the exit to Tahrir to walk down. “I thought he was foreign. She had this accent that I thought was foreign, but eventually realized was the way she talked.

“I yelled at her asking where she was going and she said it was none of my business.” He explained that her defiance angered him, but it was his realization that she was carrying medical supplies to the “spies” in Tahrir that got to him.

Along with others standing near him on the bridge, they ganged up on her and attacked her. Then “we took her to the nearby army point.”

After that he carried on with his self-assigned task, throwing rocks at protesters. He was steadfast in his conviction and goal. But the first seed of doubt was planted when he saw the resilience of the protesters.

“I thought we were going to drive them out in a couple of hours. But they were getting stronger. The people around me were paid thugs. Those below believed in something; they would retreat and then come back stronger.” He saw the camels and horses brought all the way from the Giza Pyramids Plateau, on the outskirts of the city, to Downtown Cairo. The protesters, 11 of which died on that day, were increasing in number and were wearing out their attackers, who were getting less.

The driver decided to go home, not sure what to make of this.

“It was only when I heard of the billions Mubarak has that I realized I can’t support this man.” He decided to go to Tahrir and see for himself what the people there want. He went through the streets of Downtown leading to Tahrir. “I saw the youth protecting the streets, organizing entry to Tahrir in such a beautiful way.” He was impressed and on that moment he started supporting protesters and their demands to topple the regime and its president, who stepped down on Feb. 11.

But to this day, he’s tormented by what he did to this woman on the bridge. He feels ashamed of what he did.

“If you ever find her, tell her I’m sorry. Now I know that she was right and I was wrong.”

**Mubarak was remanded in custody for 15 days, renewed by the prosecutor on April 22 for another set of 15, pending investigations into corruption charges and involvement in ordering the killing of protesters in the early days of the revolution and on Feb. 2. Most of Egypt’s top officials, including Mubarak’s two sons Alaa and Gamal, are facing similar charges and are now in Tora Prison pending further investigations or trials. 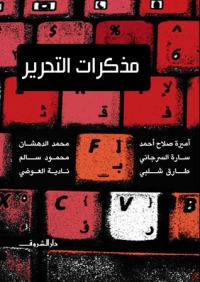 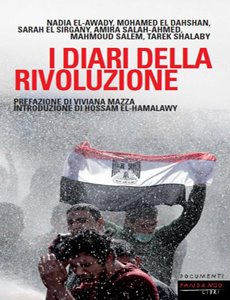